Kalayu Mesfin*, Gebru Tekle, Teklemichael Tesfay
The study was carried out from January – April 2013 in Saharti samre district. Data were collected usingrnquestionnaires, interviews and informal discussion. Furthermore, field observation based on a checklist was used. Arntotal of 138 respondents were selected using simple random sampling technique. Priority ranking was based on thernlevel of destructive effects of each threatening factor 1 to 5 scores. A total of eleven different threaten factors werernidentified from the present finding. Around 17.39% of the respondents were responded that lack of awareness of thernindigenous people about the type, use and management strategies of medicinal plant was the main threaten factor forrnthe loss of medicinal plants. Next to this over-grazing, deforestation and Agriculture expansion were the otherrnthreatening factors responded by (15.21%, 13.76% and 12.31%) of the respondents respectively. But cutting forrnfence was the least threatening factors responded by (2.17%) of the respondents. 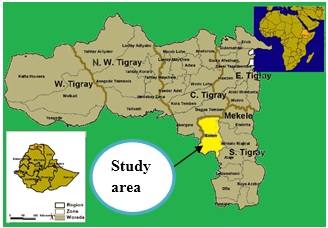