Habtamu Agisho, Mulatu Osie, Tsdeke Lambore
The traditional medicinal plants of Hadiya were studied ethno botanically. The study aimed to document indigenous knowledge on use and management as well as to investigate the threats to traditional medicinal resources. The data were collected from traditional healers and knowledgeable Hadiya people using semi-structured interview, field observations, survey, use diversity matrix and priority ranking. A total of 31 medicinal species, belonging to 22 genera and 14 families of angiosperms were observed. The two most frequently used plant parts were leaves and roots accounting for about 44.7% and 26.3% respectively. Crushing and homogenizing in water was found a widely used method of preparation remedies. The common route of administration was oral, accounting for about 71.7%. Use diversity analysis showed that Nigella sativum scored high (26.6%), followed by Justicia schimperiana (22.5%) and Calpurnia aurea (16.7%) indicating high utility value of these species for the local community. Agricultural expansion was ranked as the principal threat (23.1%) to medicinal plants followed by firewood (17.7%). The concerned bodies should have to make action to conserve the endangered medicinal plant resources. 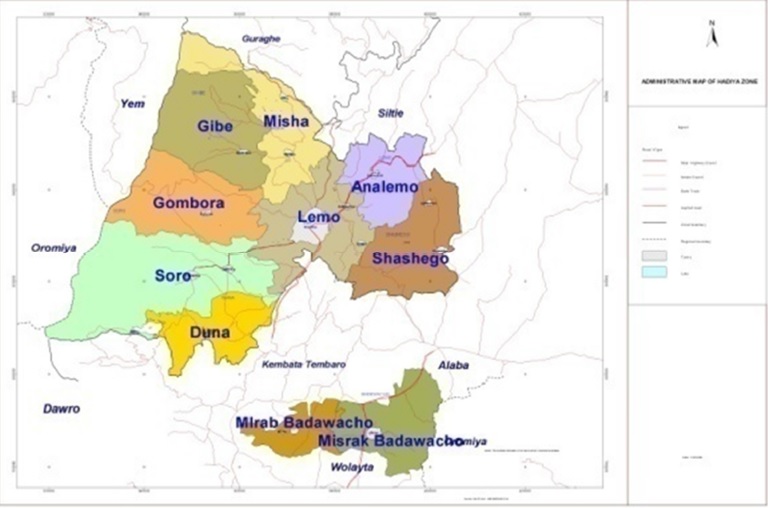