Sangita Horo, Salomi Topno
Ethnobotanical survey was conducted in the W. Singhbhum district, Jharkhand during 2011-2013. This paper deals with documentation and study of food potential of some wild edible leafy vegetables consumed by the “Ho” tribes. There are number of plant species which were documented as wild plants used for food purposes. Among those, 42 wild leafy plants, 25 genera and 23 families of vegetable plant species were investigated with their botanical name, local name, habitat, plant part used as a vegetable and some other traditional uses as well as medicinal uses have been documented from study area and observed that traditional knowledge is sharp and valuable. These wild leafy vegetable plant species are rich in minerals. They may provide minerals like sodium, potassium, magnesium, iron, calcium, phosphorus and as well used as remedy for various diseases. This type of study could contribute to educate the younger generations on the importance of wild leafy vegetables and these plants can also be incorporated in commercial crop plantations so as to improve the economy and minimize the scarcity of traditional food availability in tribal areas and help in regeneration of barren land.
Click here for more related graphics 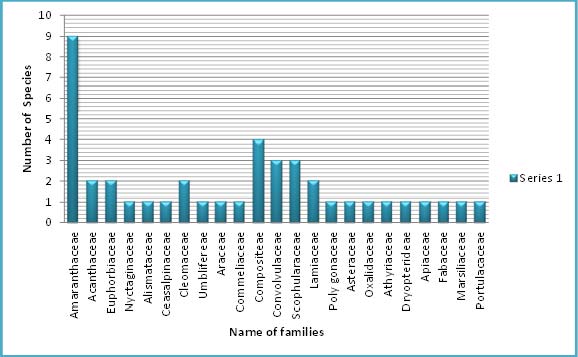