Mersha Ashagre Eshete, Ensermu Kelbessa, Gemedo Dalle
Background: An ethnobotanical study of traditional medicinal plants was conducted in Bule Hora District, Borana Zone, Oromia Region, Ethiopia. The objective of the study was to identify and document medicinal plants and the associated ethnobotanical knowledge of the local people.
Methods: Relevant ethnobotanical data focused on traditional medicinal plants were collected using guided field walk, semi-structured interview, and direct field observation. Informant consensus method and group discussion were conducted for crosschecking and verification of the information. Both descriptive statistics and quantitative ethnobotanical methods were used for data analysis.
Results: We documented 106 species distributed in 98 genera and 46 families based on local claims of medicinal values. Local users collect most of these plants from the wild. The common plant families that encompass large number of medicinal plant species were Asteraceae (10 species), Rubiaceae (9 species) followed by Euphorbiaceae, Fabaceae and Lamiaceae which contributed 7 species each.
Conclusion: The study reported the existence of a number of medicinal plants, an indication for the presence of plant based traditional medicinal knowledge transfer that survived through generations. Informants stated that medicinal plants growing in the wild are under threat due to increased use pressure coupled with unsuitable harvesting that frequently targets leaves, roots and barks for remedy preparations. This calls for urgent and collaborative actions to keep the balance between medicinal plants availability in the wild state and their utilization by the community. Furthermore, the study attempted to prioritize the most effective medicinal plants as perceived by the local people for possible pharmacological testing. 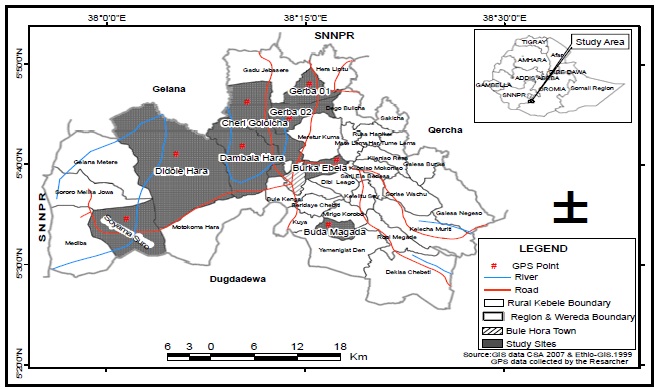